Since acquiring their battery-operated ShowPRO Hercules LED Uplights, Resolution X has been amazed at the freedom they offer as well as their performance and reliability.

An attractive design coupled with massive output from the 4 x 10watt RGBW LED chips makes Hercules a sure fire winner for AV companies, production houses, event planners and venues who require a simple, fast and easy set up. Hercules comes in a ‘charge-in-roadcase’ of six units. 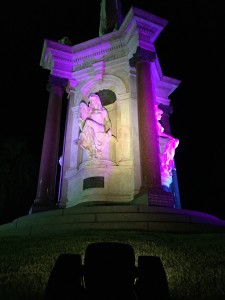 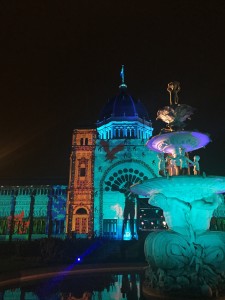 “We had been looking for a good battery powered LED fixture for nearly three years but none met all of our requirements of good output, reliable battery, Wireless DMX, compact size, IP rating, ease of charging and storing,” explained Marcus Pugh, Business Development Manager at res X. “The Hercules tick all these boxes and more.”

In fact Res X has had so much success with their Hercules fixtures, they now have over 120 units in their hire inventory.

“The Hercules work well for those planned lighting positions, especially picking out specific features at an event, but also at the eleventh hour when the someone wants ‘just a bit more light over there’,” continued Marcus. “The Hercules were the perfect fixture for White Night’s Welcome to Country which got moved at the last minute, however the crew were able to grab 20 Hercules, position them around the area and it was ready to be lit.”

After the Welcome to Country the Hercules were repositioned to light trees around the Carlton Gardens. The fixtures were programmed via a MA Lighting MA2 light with a W-DMX BlackBox G4 Transceiver.